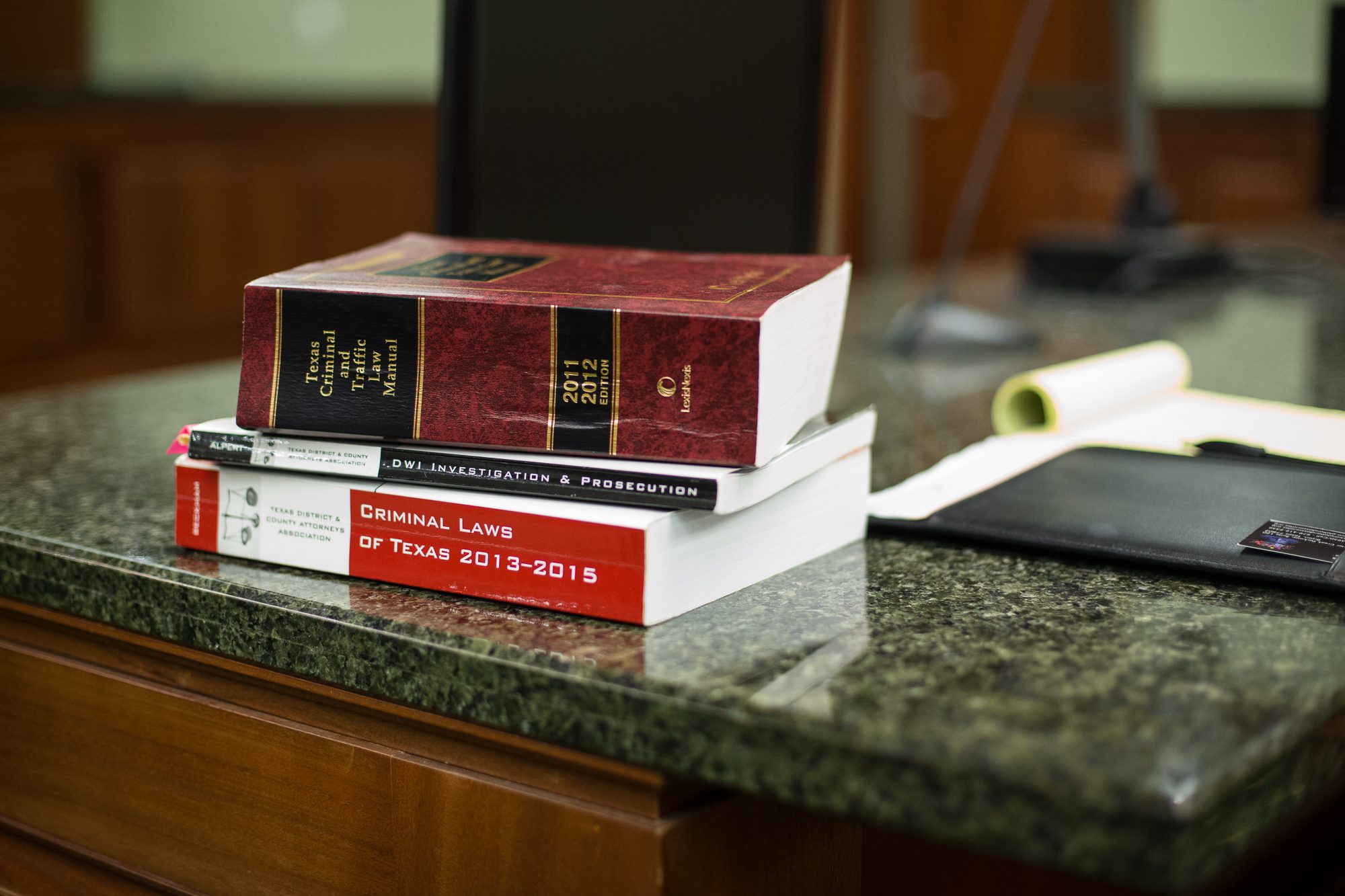 What happens when I get a DWI charge in Texas?

There’s a long process, but in general the phases can be broken down as follows:

Phases of a DWI Case

You can be found to be intoxicated in three different ways:

Notice: The first two ways for the State to prove Driving While Intoxicated have nothing to do with a breath or a blood test. The State’s case rests completely on what a jury thinks is “NORMAL.” The legal definition of “NORMAL” is the “average non-intoxicated person.” Therefore, if the State does not have a breath or blood test to demonstrate the blood alcohol concentration (BAC) to the jury, then the jury is left with watching the video and listening to the police officer’s testimony to determine if you were normal.

There are several tests you can expect when being investigated for DWI.

The first series of tests that you can expect occur on the side of the road. These are called the Standardized Field Sobriety Tests (SFSTs). These tests are considered standardized because they were promulgated by the National Highway and Traffic Safety Administration (NHTSA) to be used by all police officers across the nation when investigating someone for Driving While Intoxicated. NHTSA has published guidelines for these tests and it is critical for the police officer’s to follow those guidelines exactly in order to get accurate results. The Standardized Field Sobriety Tests consists of a battery of tests including the Horizontal Gaze Nystagmus test, the Walk and Turn test, and the One Leg Stand test.

The Horizontal Gaze Nystagmus (HGN) Test is the eye test. It is where the officer usually takes a pen and has you follow it with your eyes. The officer is looking for what is called nystagmus which is the involuntary jerking of your eyes. People can get nystagmus when they have ingested depressants. Alcohol and many drugs act as a depressant in a person’s system and may cause nystagmus. However, there are many things that can affect nystagmus, including current or past head injuries, some eye problems, and a person may even have natural nystagmus.

The Walk and Turn Test is a test where an officer will have you stand one foot in front of the other while listening to his instructions. He will then have you walk 9 steps down an imaginary line touching your feet heel to toe and counting out loud. When you get to your ninth step, the officer will instruct you to take a turn using a series of steps and then go back down the same imaginary line you came. The officer is looking for the following clues of intoxication: 1) loses balance during the instruction phase, 2) starts too soon, 3) stops while walking, 4) misses heel to toe, 5) steps off line, 6) uses arms for balance 7) improper turn, and 8) takes the wrong number of steps.

The One Leg Stand test is a test where the officer will have you stand with your heels and toes together and place your arms at your side. He will then give you instructions to raise one of your feet off the ground approximately 6 inches with your toe pointed out and your leg straight. You will be required to look at your foot and count out loud, “one thousand one, one thousand two…” until the officer tells you to stop. The officer is looking for the following clues of intoxication: 1) swaying, 2) using arms for balance, 3) hopping, and 4) putting your foot down.

These tests are designed to test your mental and physical faculties at the same time. However, as you can tell they require a great deal of coordination doing things that are not natural in the way people go about their normal day. Without the police officer knowing your full medical history, he may count things against you that are simply not your fault.

This is another test that may be offered to you on the side of the road. It is a machine that you blow in and will give the officer a reading of your breath alcohol concentration. It is not considered a standardized test. It is also inadmissible in court because it has not been deemed scientifically reliable.

AFTER you have already been arrested, a police officer may request that you take a breath test. This will happen at the jail. At the jail the police department has a machine called an Intoxylizer. This machine requires that you blow into it a series of times in order for the police officer to get a breath alcohol concentration. This device has to be calibrated properly and must be tested regularly by the police department to ensure it accurate results. Your medical history can also have an effect on your results.

The police officer may request you to take a blood test. Again, this is AFTER you have already been arrested. In some cities, the police officer may be able to get a search warrant for your blood if you choose to refuse. The blood test usually occurs at a hospital hours after your arrest. While most people think a blood test is a sure thing, there are actually numerous ways to challenge its reliability and accuracy.

What is a “No Refusal” Weekend?

You should always be careful when deciding to get behind the wheel after consuming any amount of alcohol, drug, or prescription drug not only because it is dangerous to you and others, but also because you could be arrested after consuming ANY amount of alcohol, drugs or prescription drugs if the police officer believes you have lost the normal use of your mental or physical faculties.

It is often a misconception that you must be over the .08 blood alcohol concentration (BAC) limit in order to be arrested or charged with a DWI. This is not true. The .08 BAC limit is only one of three different ways the State can prove intoxication. The State can prove intoxication by introduction into your system of alcohol, a drug, a dangerous drug or any combination thereof by:

So what does that mean with regards to a “No Refusal Weekend?”

Why do we care if they have someone “on call” to sign warrants?

Situation #1: On a normal weekend where there is no judge “on call,” if someone is pulled over under suspicion of Driving While Intoxicated and asked to give a blood test and they refuse to do so, the police department will suspend that person’s driver’s license for a period of not less than 180 days, but will not be able to obtain the evidence of the driver’s BAC. The officer will be left with relying on the first two ways to prove intoxication, that the driver lost the normal use of his/ her mental or physical faculties, and will not have evidence to prove the driver’s blood alcohol concentration. It should be noted the officer does have the option to request a that you submit to a breath test, as well.

Situation #2: On a “No Refusal Weekend,” if the officer pulls someone over under suspicion of Driving While Intoxicated, and asks the driver to submit to a blood test, and the driver refuses to do so, that person’s driver’s license will be suspended for a period of not less than 180 days, and the police officer will be able to get a warrant signed by a judge or qualified magistrate that is “on call” allowing the officer to obtain that driver’s BAC result through a blood test.

Note: Contrary to popular belief, the blood test does not occur on the side of the road. Normal procedure is for the officer to take the driver back to the police station while he/ she prepares the warrant and obtains the judge’s signature. Then the officer, with signed warrant in hand, will take the driver to a nearby hospital where a nurse or qualified technician will then draw the driver’s blood and preserve it for testing in the Department of Public Safety crime lab. It will take several months before the officer, the prosecutors, the defendant and his/ her attorney will know the exact BAC result.

Penalties for DWI in Texas: